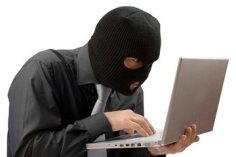 When folks think of data breaches, they often imagine criminals using highly sophisticated technology to sneak into a company’s computer network. But most breaches may be a lot simpler than that.

According to Verizon’s study of breaches that occurred in 2009, 96% could have been avoided without very difficult or expensive security measures. Just 15% of attacks were labeled by Verizon as “highly difficult.”

Furthermore, 87% of attack victims had evidence of the breach, but failed to respond to the red flags.

If most breaches aren’t difficult, then, how were they carried out?

Most occurred because credentials were stolen from users or IT staff.

Also, 18% of breaches involved both inside and outside threats.

I love to learn, and the computer world gives me an opportunity to do that! All of my knowledge is either School or self-taught or absorbed from friends/associates who are more knowledgeable in other computer related areas. I love networking and web design, though oftentimes you'll find me at a client's home helping them with their personal computer problems. Running my business has allowed me the freedom to work when clients need me and yet not miss out on valuable family time. My kid thinks it's normal to have Daddy around working on computer during the night, I feel very fortunate. Please understand that I work with computers because I love to. I enjoy what I do, I enjoy working with my clients and I would love the opportunity to earn your business! View all posts by Lovell